The Best Coin Collecting Books to Help You Get Started

Coin collecting is an activity where you can use books to help you. Books are important for beginners and dealers. People who are successful at coin collecting use reference materials they can count on.

If you want to start collecting coins, you need to learn about them first. There are a lot of books about coin collecting that can help beginners. This blog post will talk about some of the best books. If you're ready to start learning, keep reading! 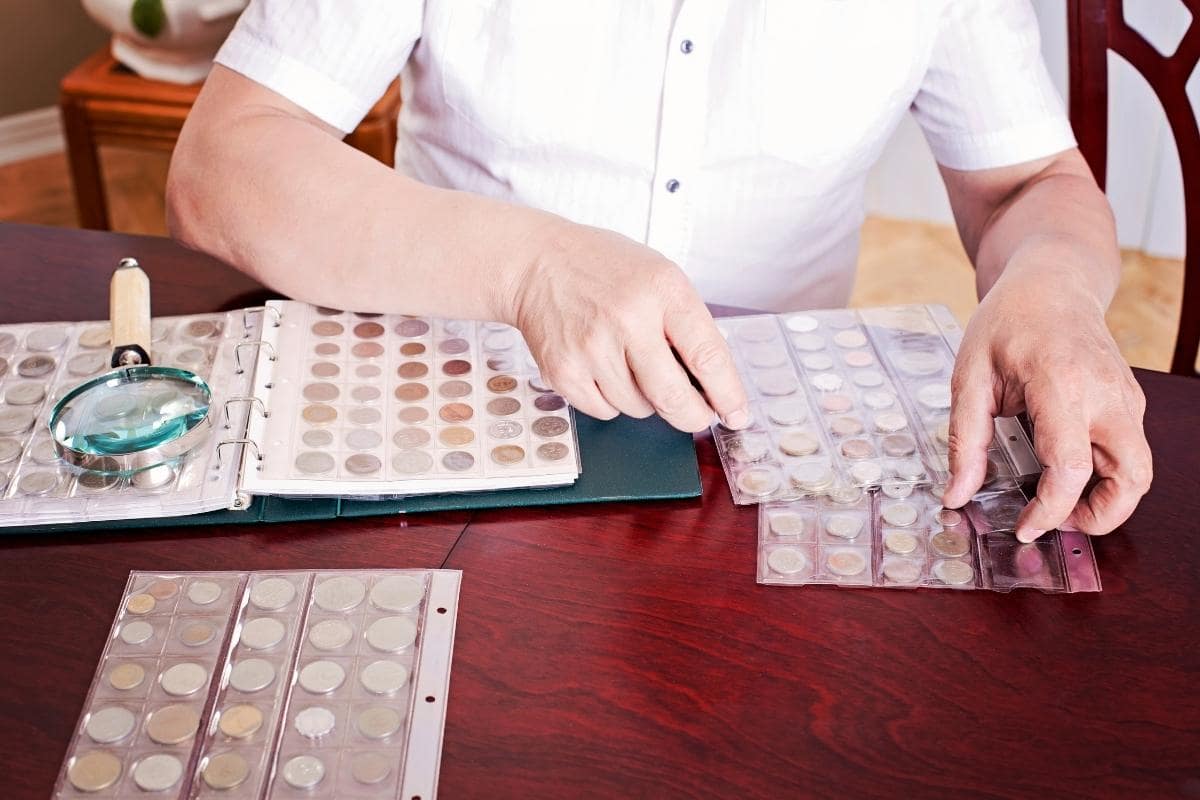 This book is thorough but easy to understand. It is written by a man who used to be the president of the American Numismatic Association. The book is for new collectors and explains the basics of coin collecting, like identifying and assessing coins and taking care of your collection.

Ken Bressett is a legendary figure in the world of coin collecting. He helps new collectors understand and appreciate this activity through his engaging and approachable writing style. This book provides answers to beginner questions, like:

When experts write a book about coin collecting, surprisingly helpful results. This introductory guide, written by two coin dealers who have been in the business for decades, covers important beginner topics such as:

The book explains how to assess coins and avoid getting fooled by fake coins. It is printed in black and white, which might make it hard to see some of the details in the pictures. But it can give you a good foundation for collecting coins.

This coin guide is for 10 to 12-year-olds. It includes entertaining facts, vivid photos, and collecting advice. Learners will:

The coin guide is helpful. After reading it, kids can tell friends about coins. You may learn something!

This book has stiff pages and spiral binding. It teaches kids about coins and provides space to start their own coin collections. The pages between the facts about coins have slots for kids to add their own pennies, dimes, and state quarters.

Your child or grandchild will be looking through all of your changes for coins from their birth year or older. This book is a great way for parents and grandparents to keep their children busy and do something useful!

Serious collectors need the world's best-selling coin price guide. This guide has over 30,000 prices and plenty of color photographs. It is recommended by coin dealers.

The guide is about identifying and valuing coins. It also has some interesting stories about history and important tips for collectors, like how to avoid counterfeits.

The Red Book is a guide that has been in print for over 70 years. It is updated every year with the latest information about the industry.

Learn how to find mint errors on everyday coins. This book will show you that the age of a coin is not the only thing that determines its rarity and value.

This award-winning book can help you make money! If you study it, you can learn to find mistakes on coins. This will help you find coins worth more and add them to your collection.

This guide will help you grade more than 80 of the most commonly collected U.S. coins. It includes detailed instructions on how to grade each coin.

Full-color, informative photographs explain grading and what to look for. Contains:

Coin dealer Scott Traver once served as vice president of the American Numismatic Association. He has also been a coin valuation consultant for the Federal Trade Commission.

This book has information on buying, selling, and investing in coins. You can learn how to avoid scams, find out how to detect fake coins, store your coins safely, and follow etiquette tips when you go to coin shows.

Even if you have been collecting for an extended period, Traver's advice can benefit you.

This book requires reading for coin enthusiasts interested in their history and artistic design. The antiquities dealer gives you a private tour of his interesting Greek and Roman coins collection. Each coin has well-researched history and enhanced, full-color photographs.

This book contains historical and practical information about evaluating, authenticating, and purchasing ancient coins. Whether you are a novice or an expert collector, this book will be useful.

This book is a great starting point for anyone interested in ancient coin collecting. It has black and white pictures of coins and a brief history of each coin type from that era.

Instructions on understanding the abbreviations and marks on ancient coins provide some of the most useful information in the book. Other information that ancient coin collectors would find useful includes:

This is the only grading guide endorsed by the American Numismatic Association. It contains every U.S. coin minted since 1793. The guide is also printed in full color from cover to cover.

Coin dealers need to have a guide on grading. This guide explains the standards in grading with plenty of examples. This way, dealers will not lose money or get into a dispute with a customer.

David Bowers is a famous numismatist who has won many awards from the Numismatic Literary Guild. His book on grading is highly praised because it gives great advice and includes many examples.

If you are a coin dealer, it is good to refer to this book. The author writes in an easy-to-understand style, and the book is full of references to other sources.

This guide has a lot of information in it. It has prices and photos of over 60,000 coins from all over the world. There are also versions of this guide for coins from 2001 to the Present and 1801 to 1900.

This comprehensive guide has information from over 120 experts. It includes globally recognized identification numbers for world coins. This will help you identify world coins.

This catalog has a lot of information on world coins. You can find pictures and measurements of almost 20,000 different coins. It is a good resource for collectors who want to identify world coins or learn more about them. The descriptions will also help dealers know what kind of coin they have.

Why Is It Important to Read Books About Coin Collecting?

Coin collecting can be fun, but it can also be risky if you don't know what you're doing. It's important to learn about coins before buying and selling them, so you don't get taken advantage of. That way, you'll be able to make smart decisions and avoid getting ripped off.

Coin identification books can help you as a collector. They can tell you what to look for on coins. You can bring them to coin shows and other events.

Many of the reference books here were written by experienced collectors and dealers. These people have a lot of wisdom when it comes to coins. People who are new to the pastime or want to learn more about coins will find these books useful.

How Do the Red and Blue Coin Collection Books Differ? 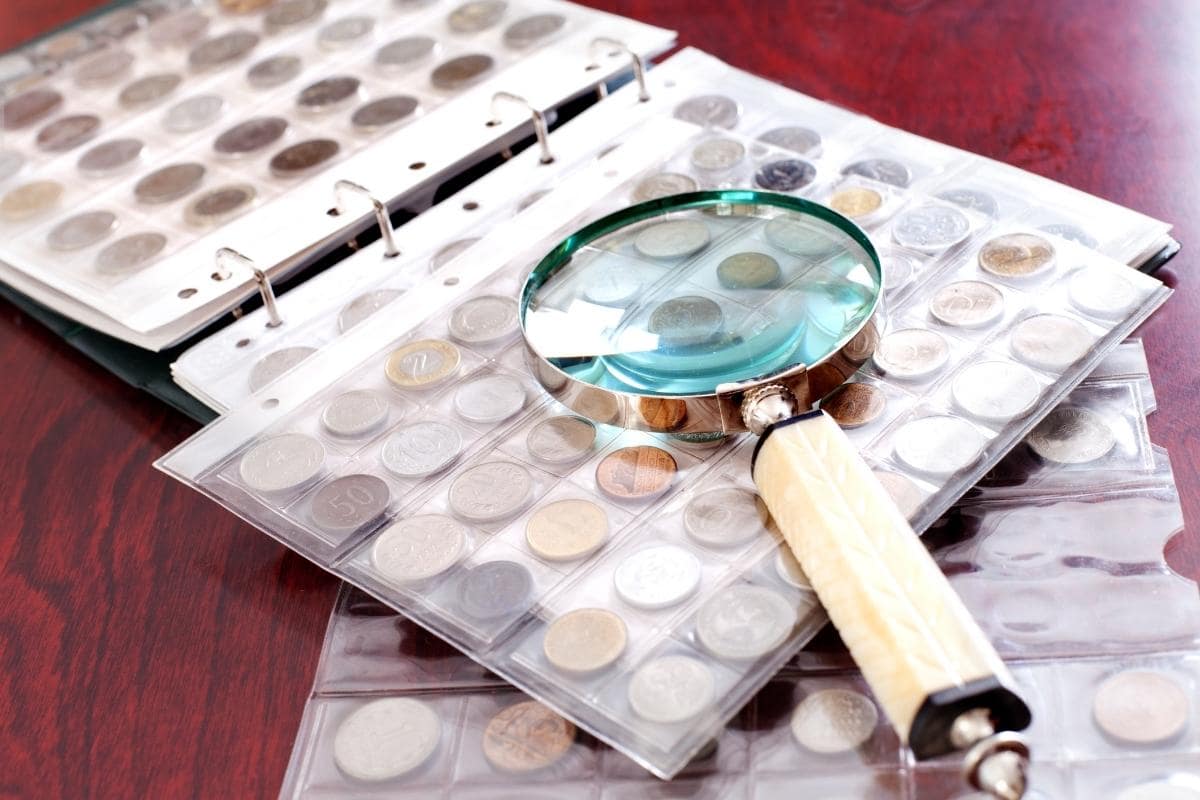 Even though both are produced by the same company, some collectors swear by the Red Book and others by the Blue Book.

As an Amazon Affiliate, I earn commissions on sales through my site's Amazon connections. I will continue to provide thorough analysis and recommendations, but my primary objective is to enlighten.

I have an opinion on which is superior, but first, let's compare them.

The Red Book of Coins, often known as "The Official Red Book" and formally titled "A Guide Book of United States Coins," is a famous coin collecting book. Every collector knows it, and every serious collector owns at least one.

Since its 1946 release, more than 24 million copies of The Red Book have been sold. Each year, new editions are published with updated information and pricing.

The book contains information not just on coins in circulation but also on tokens, error coins, mint and proof sets, Confederate tokens, Civil War coins, gold, bullion, and US Mint medals, among others.

The Blue Book was published before the Red Book. Its formal name is "Handbook of United States Coins."

The Blue Book also offers information on collecting and card grading. In addition to the value and scarcity of coins, tokens, die variants, private and territorial gold, and proof sets.

The Handbook of United States Coins is intended to serve as a resource for collectors and sellers making purchase proposals. As a result, the Blue Book contains lower coin prices than the Red Book.

In addition to how each book calculates costs differently, the Blue Handbook has somewhat less historical material than the Red Guide.

Which Is Superior for Coin Pricing?

Based on their covers, these novels appear nearly identical (besides the color). The major difference between these two books is how they value coins.

Which has more precise pricing overall? The better question is whether or not the pricing information in either book is accurate.

Both books are published and sold for the following year, but the information is collected the year prior. For instance, the Red Book for 2022 should be published in the spring of 2021. Late in 2020, all prices for the 2022 Red Book were compiled.

Therefore, if you wanted to know the value of coins in 2016, you would not obtain the 2016 Red Book. You will instead receive the 2018 Red Book.

In such a fluid market, it should not be surprising that a physical book will be slightly outdated. It is vital to note that neither book may accurately reflect the actual purchase and sell prices of coins.

The information may be extremely outdated, especially for coins where most of their worth depend on gold and silver prices. In 2020, the average closing price of silver was $20.69, but it reached a low of $11.77!

Therefore, the Red Guide overvalues coins, and the Blue Handbook undervalues them.

The image below depicts the opening page of the 1973 "Handbook of United States Coins With Premium List." It includes a warning that the prices reflect "the average amount dealers will pay for coins (depending on condition) if they require them for their inventory."

How Do I Catalog a Coin Collection?

There are many different ways to keep track of your coin collection. Some people choose to write down the transactions on 3x5 cards and store them in a cigar box. Others use computer software that interfaces with coin collecting databases to help with valuation.

Believe it or not, collecting coins can be a good investment. Many coins gain value over time, and if you don't want to collect them anymore, you'll likely get all of your investment back. The prices of some coins go up and down depending on the metal price.

How Do You Get Uncirculated Coins?

The only way to get uncirculated coins at face value is to buy them from your bank. You can only get collector coins and sets directly from the mint for a premium.

Are Wheat Pennies Worth Anything?

Most wheat cents are worth about 4 to 5 cents. However, those in better condition can have double-digit values. Exceptional examples, especially near-perfect conditions, might be significantly more valuable. Indian Head cents minted between 1859 and 1879 are typically worth more than ten dollars.

How Do I Organize My Coin Collection Store?

You can create a spreadsheet to track your coin collection if you're good with Excel. This will help you keep track of everything in your collection. You can add and delete lines and columns and sort and calculate the data.